How the Chess Pieces Move

When playing chess for the first time, chess newbies think that the rook can move in a diagonal direction. A classic rook-ie mistake. Yes, laugh now, but the look on the face of a pro seeing someone doing such a chess move is priceless.

Let’s do a quicker-than-making-a-coffee-order history lesson.

The exact origin of chess dates back to India more than two millennia ago. See, that was faster than ordering a macchiato with cream on top, buttermilk caramel, two cinnamon biscuits sticks, and warm milk, no hot.

Now, get your “coffee” to talk about the game.

Learning names of pieces and how chess pieces move is vital to understanding the game. Chess has rules. But what will happen if a person and Bobby Fisher go to a restaurant with checked tablecloths?

It does not mean that if he asks for the salt, it will be two hours until it reaches the other side of the table.

It is important to know how a chess piece moves to be able to play the game, thus it is necessary to know how they move.

The most complex pieces to learn the movement are knights and pawns.

Each player has exactly 16 pieces:

The objective in a game of chess is to beat the king through “checkmate”. Now let’s play ball… sorry, chess.

The first player to move is the one who has chosen the light-coloured pieces. Now you need to find out how the pieces move in chess. Yes, daunting at first, but there is nothing special about it.

Each figure has a trajectory. Their paths are simple and easy to remember. In a basic move, there are pieces unable to go through others. Before making a move, you should think about how and what piece to place to defend the territory or capture the opponents in the next move. 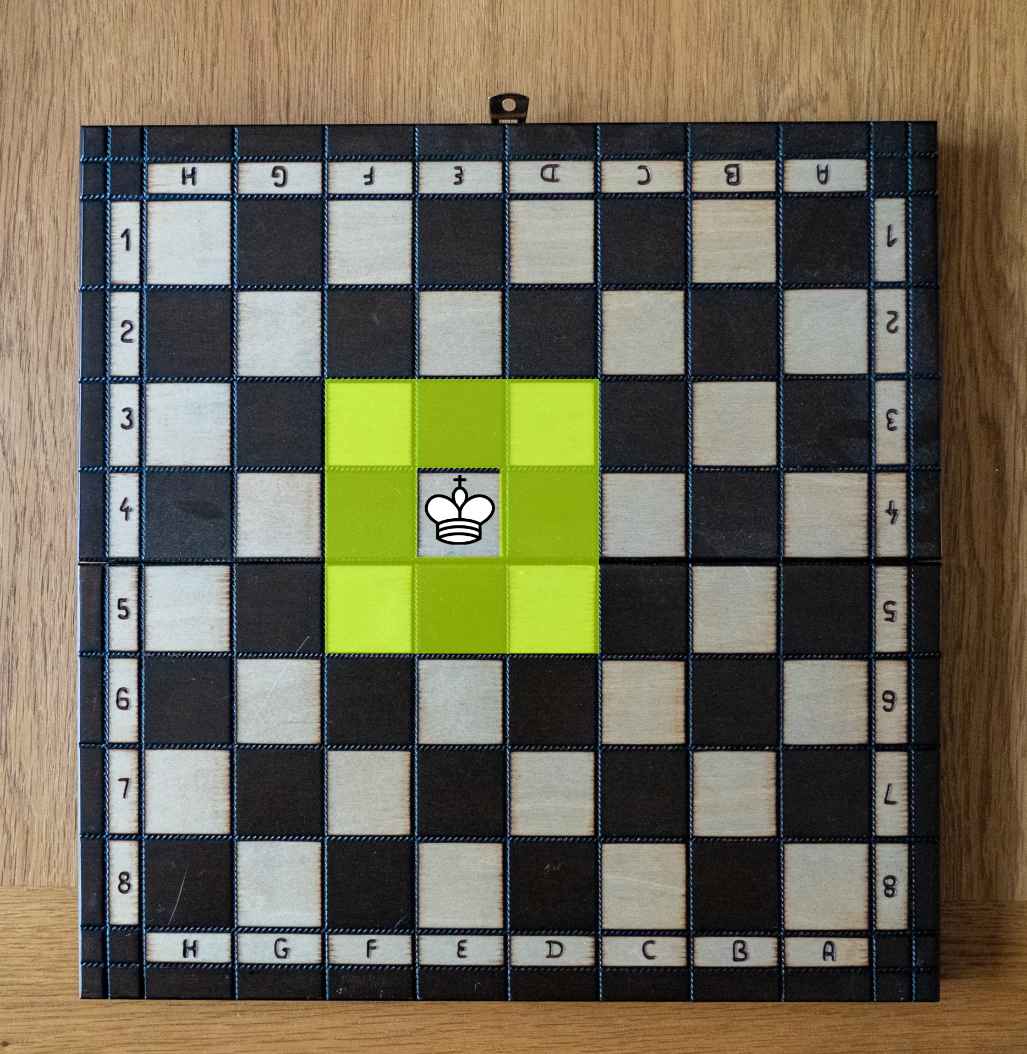 For a successful game, it is not enough to know the main points about how the pieces move in chess. The king is both very important, as in VIP, and the weak link. It can move only one square but in any direction. However, it cannot stand on the square that is already in “check”.

It is the largest piece in chess and moves one square at a time, in all directions. The king is like the game “capture the flag”. It is the one that no one can capture. Its value? The game. 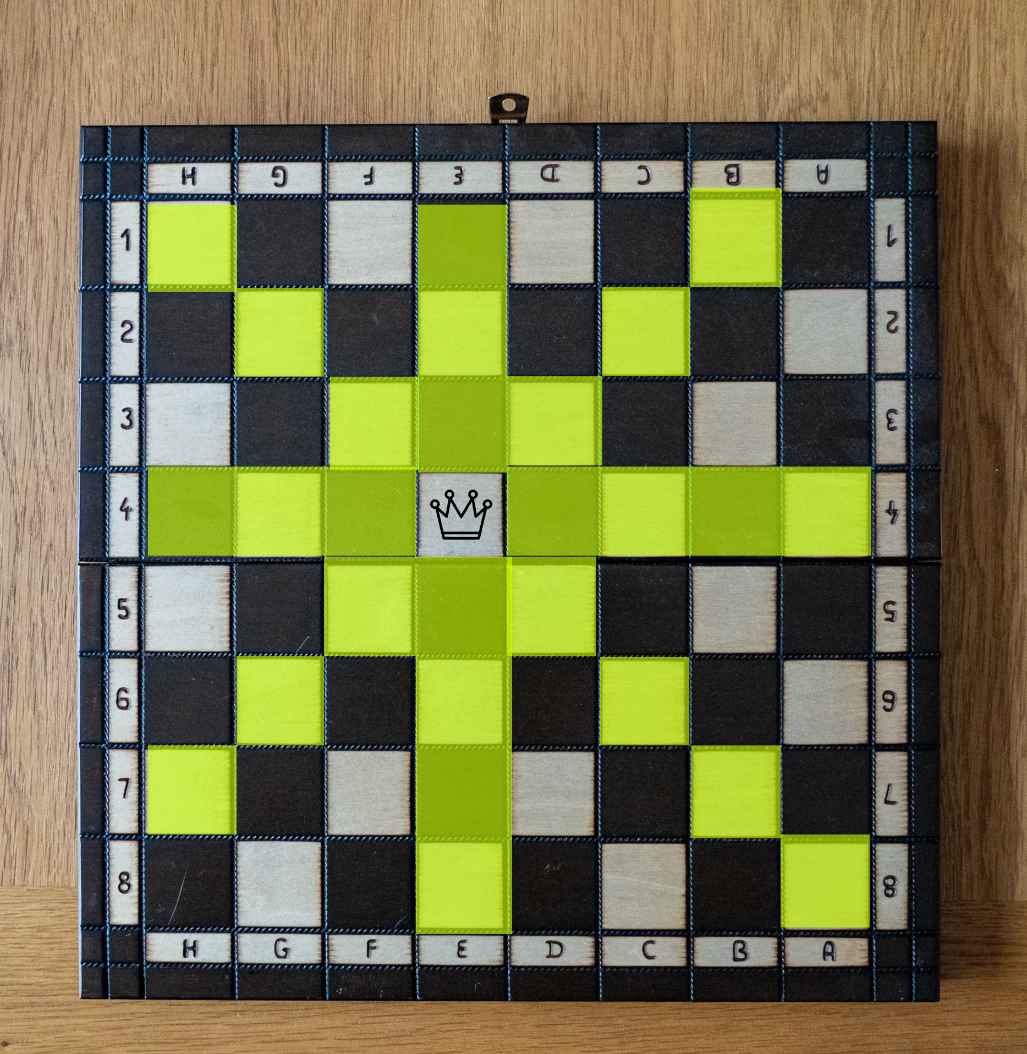 The queen is the most powerful. Like the king, it moves in any direction. It can move through any number of cells, but without jumping over other pieces. Its value is 10 points. 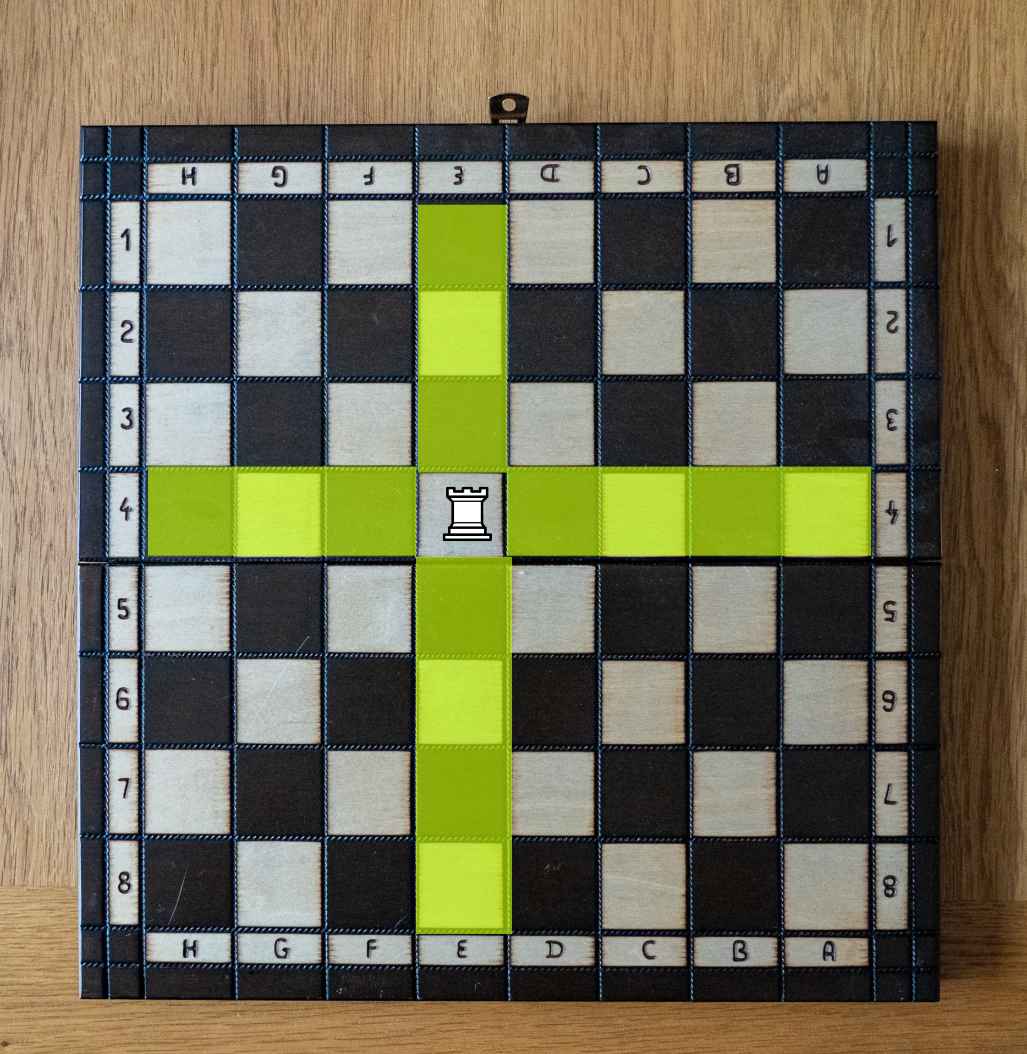 This is a unique piece that combines the capabilities of the king and queen. It can move through any number of cells, but its moves are vertical or horizontal. The rook can also do castling together with the king. Its value is 5 points. 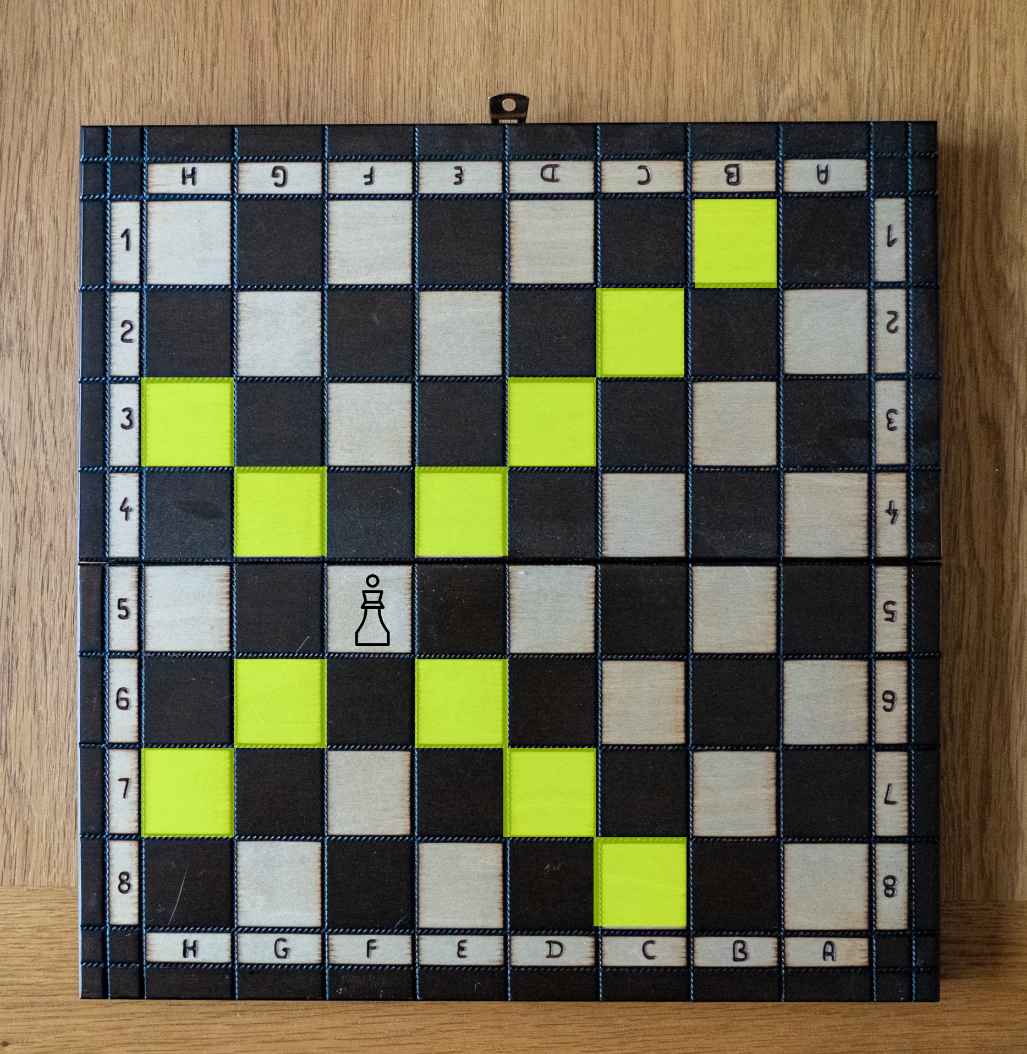 The bishop is considered a light piece. It can move through any number of squares, but only in a diagonal direction. It is worth noting at the beginning of the game, one bishop occupies a dark cell and the other a light one. They cannot change the original color in any way. Each player has two pieces that can move and capture an opponent’s piece in both the dark and light squares. Its value is 3 points. 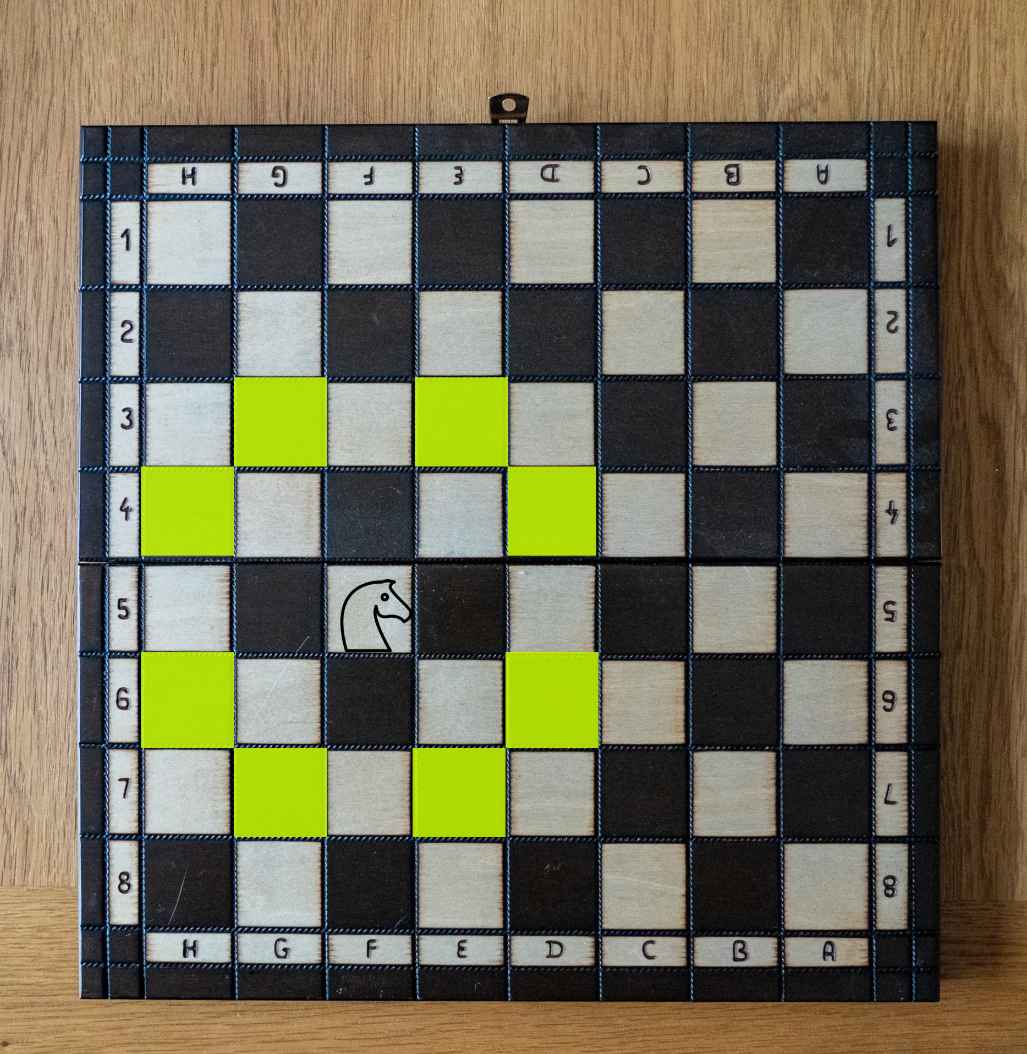 The only combat unit in chess is the knight. It can jump over the rest of the pieces (well, it’s a horse, a newbie might say). The cavalry moves in an L-shape fashion, so its movement is limited.

The knight can move two squares vertically and one square horizontally, and it doesn’t matter their sequence or the direction. Since the knight is able to jump over other pieces, it can “check” the king. This can put the royal in a no-escape position. Its value is 3 points. 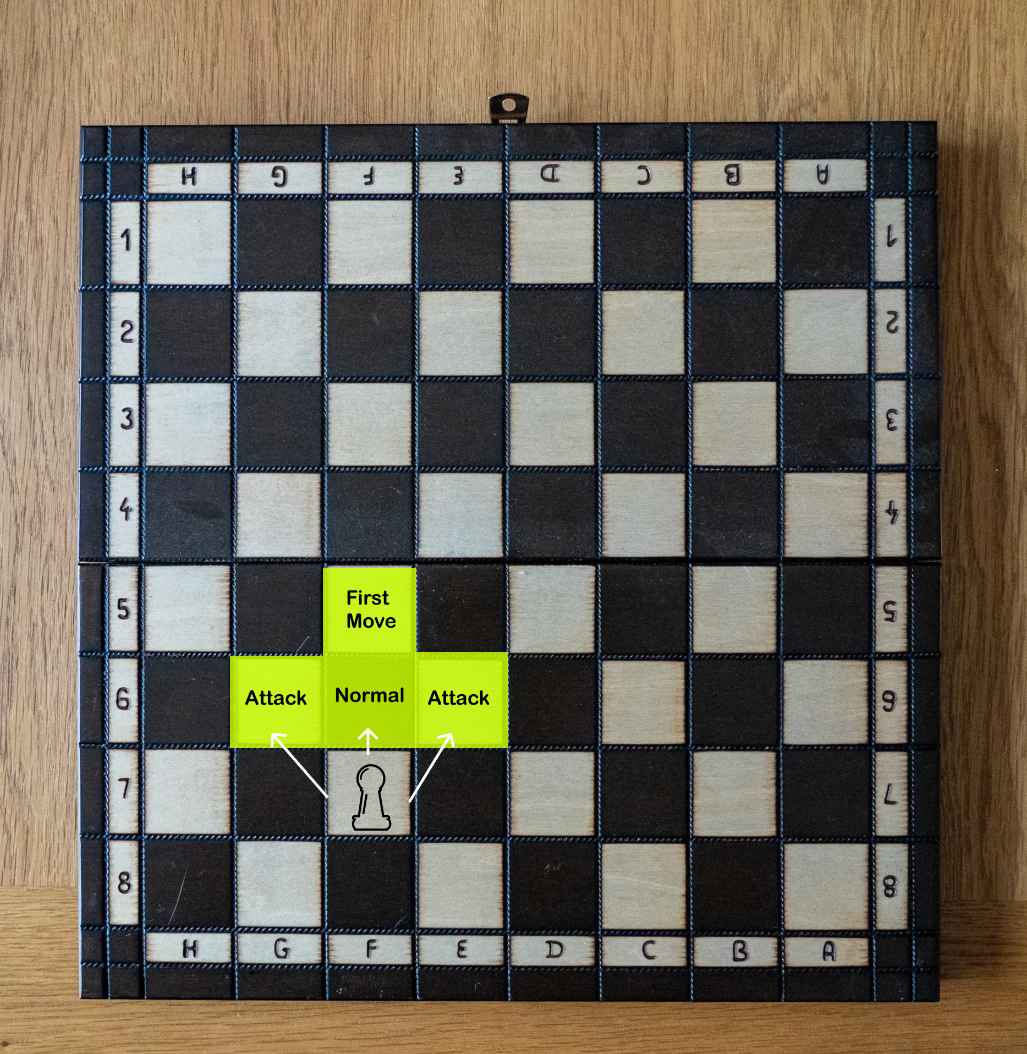 Most people know which pieces move first in chess. But there are more complexities in their “walking” style. It can move only a single square in a forward direction and only one diagonally.  On the first move, the pawn can advance a couple of squares. It does not move backward. The pawn has no chance to beat a piece or make a move until the place in front of it is free.

It is the bravest piece in chess. It goes forward and never goes back. To capture a pawn the attacking piece does it diagonally. Its value is 1 point.

At first glance, the pawn seems like a worthless piece. But it has an interesting feature that only experienced gamers know about. If a pawn reaches the opposite side, it becomes any other piece of a higher value. Only the pawn can do this and, as a rule, it becomes a queen.

This means performing two important actions in one move. Move one: secure the king, and two, remove the rook from the corner. The rook in this case acts as a bodyguard.

The main task of the players is to “checkmate” the opponent’s king. This will finish the game when the main piece is under threat of “check” and cannot be easily avoided.

If there is no opportunity for an escape, then the king finds himself in the “checkmate” situation and the game is over. The king doesn’t leave the board, as it is done with captured pieces, but rather the game is simply over.

Very often, a draw decides the end of the game. This can happen if there are not enough pieces on the board to checkmate or the usual consent of both players to a draw. Other textbook rules apply to declare a draw.

Up to this “end of the board” a new player is now able to identify the pieces and how they move. Together with piece-specific moves important in the game. Now, make sure the salt container is shaped like a bishop, a queen, or a rook; in case the chess grandmaster attends dinner and the tablecloth is checkered.

Chess Strategy For Beginners: Everything You Need To Know

The life of chess players goes through different phases to learn how to play chess. It must be so for them to improve and enjoy the game. This article will provide a basic insight into chess strategies. These strategies could make a beginner player avoid a certain level of stagnation. They will also help find ways to understand difficult concepts to shake off the “bad luck” and win matches.

New players must be aware of the fact that there are chess techniques that work in 80% of the cases. But it is true that if you know them you will improve your piece play.

Knowing chess is not the same as playing well.

A player can understand the chessboard to design a strategy but to fail in execution. You may learn a chess strategy, but you fail to put into practice, even if in theory everything is correct. 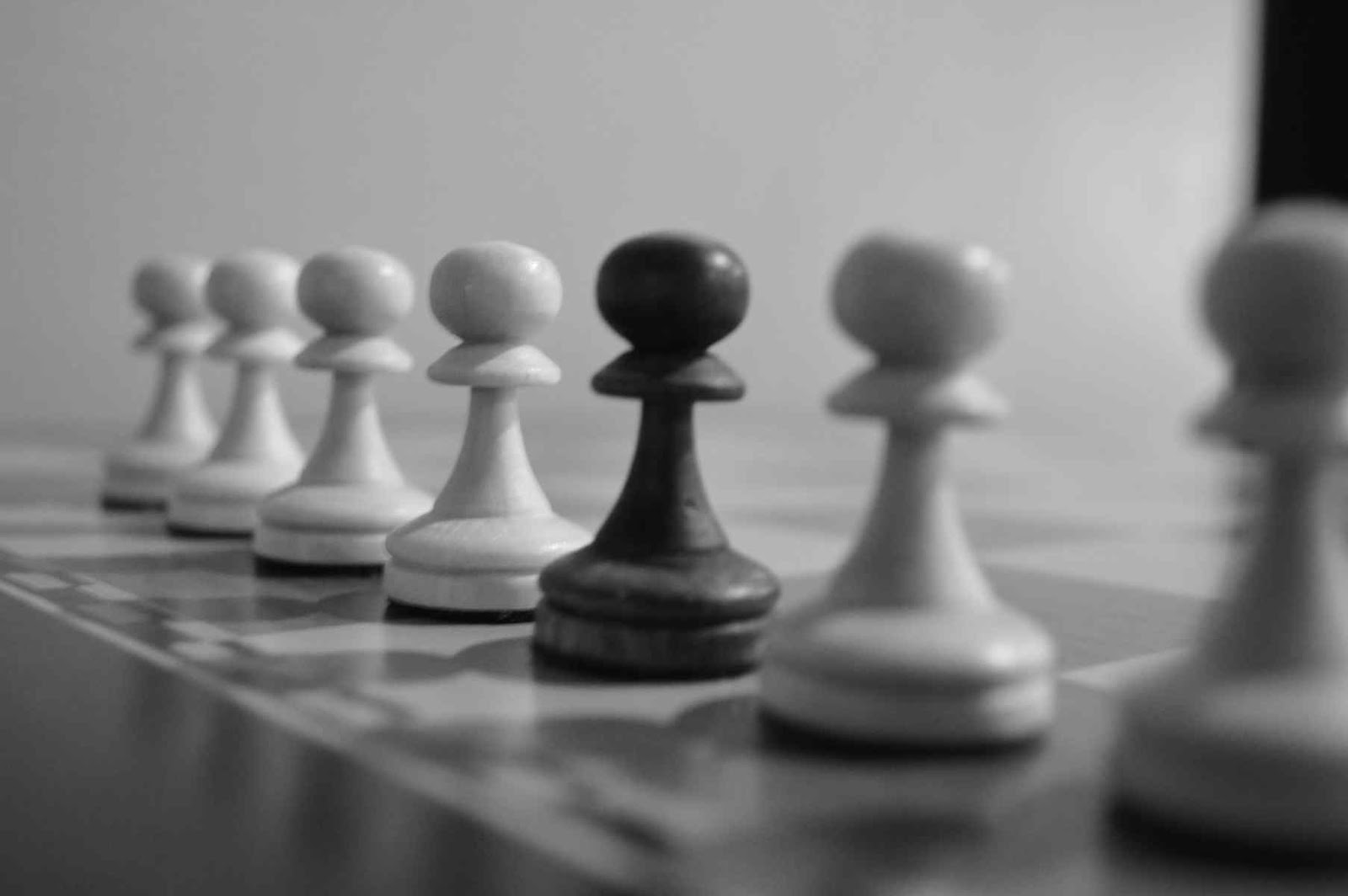 A short session on basic chess strategy and tactic.

Chess strategies and tactics are not the same. Without being too strict here is how players can view them:

Some authors define tactic as “knowing what to do when there is something to do.” If a player can get a bishop, go ahead; if the king is in the line of fire and checkmate is possible, great.

A strategy is “knowing what to do when there is nothing to do.” It means that there is nothing visible to do. That is when the player prepares an offensive to occupy the strategic ground. Tactical moves will allow you to gain positions on the chessboard.

The format is simple. The chess coach can raise a question putting with the pieces arranged in a given position. The answer comes through plays. The purpose is to capture abstract ideas to generate concrete variants with plays.

For example, a bishop is either blocked or unable to play. Then, analysis and response: Why is this happening? Because his pawns prevent him from doing so. Finally, execution: move the pawn in front of the bishop, for well, the bishop will have a good life.

Don’t believe anyone who promises to teach chess tricks so you can win games without effort. It is more likely that tricks will lead to building bad playing habits.

Improving at chess or reaching a professional level takes time. A player does not need to mortgage the rest of his life. Rather, you will have to study and understand rules that are not “simple drugstore remedies.”

The relationship between time and matter

Don’t be afraid. we are not going to get philosophical or talk about thermodynamics. Though the rules of the latter apply in this case.

If a pawn reaches the other side of the board, it can “rise” and become another piece, even as high as a queen. Improving the power, your piece is not always at the expense of the loss of power of our adversary. Players organize their forces to increase the level of activity. If done well, in chess, any transformation improves the quality of the position. In exchange for time, the knight can improve his situation. The opponent has to spend a move or two to capture a pawn that you sacrifices. Allowing the player to intensify the attack.

Do not expect to win at chess by luck. Chess is not poker or casino. Sometimes, when beginners lose, luck is usually blamed for it. But what happens is they omit the chess strategies. This usually happens when they play following their gut.

There are chess techniques and tactics that do work. Control of the centre, pieces development and putting the king in a safe place in the first 10 moves. The players have many options to choose from. There are times when these principles conflict. Be sure to select the best move deciding on the least compromising one.

Who is not fascinated by a surprising play? Moves representing a brilliant idea. Moves that people recognize around the world. Chess scholars and students reproduce and analyze these players and matches. They also suffer modifications or variants.

The game of the century, was the match between Robert James “Bobby” Fischer and Donald Byrne, in New York, 1956.

The game had lots of moves out of this world. But another reason for the great recognition of this game was that Bobby Fischer was only 13 years old. He was facing one of the best players in the United States. Fisher won.

Some consider the match of the century the one between Boris Spassky and, again, Bobby Fischer. This one took place in Reykjavík, Iceland in 1972, where Bobby Fisher emerged victorious yet again.

One-shot, one kill… or two.

When possible, “aim” one of the pieces at two pieces of the enemy, who can only save one of them. The piece that engages two of the enemy must attack pieces that are of greater value. By doing so a player secures material gain, even if your opponent captures the piece later. Another way is to “nail” a piece, making it impossible for the enemy to move it. A nailed piece might uncover the king if your opponent moves it.

The final piece of advice for a chess player that we have is – play, but do not get affected by the outcome of a given move. Keep you cool, mind your “poker” face and avoid your opponent’s psycho-warfare.

These chess strategies and chess techniques are a must-do for all players. Observe them from the simplest to the most advanced. You will notice the game improvements over time.