People have been playing chess for hundreds of years; and the entertainment of live chess games via tournaments and other types of competitive play have been around for about as long as the game itself.

Since the 19th century, rise in standardized chess boards and rules have allowed for more chess tournaments than was previously possible; and today, chess tournaments are considered some of the highlights of the chess hobby. Chess fans love to watch a chess master go up against their fellow chess masters—or even go up against up and coming new chess rating players, who often have surprises up their sleeves.

This iconic chess match took place during the first ever international chess tournament. This tournament was possible largely thanks to the development of widely produced standardized chess sets–in contrast to the handcrafted, one of a kind sets which were more common prior to the mid-1800s–which made international play much easier and more practical for all players involved.

The game itself was not particularly tense: Anderssen was the more experienced player with more local wins under his belt than Kieseritzky. However, the iconic label comes from the spectacular finish to the game. Anderssen allowed almost every one of his pieces to be taken by Kieseritzky: his Rook, his Queen, and both bishops. Yet Anderssen managed to corner Kieseritzky’s King with just his 2 knights and a single Bishop on the board.

Frank Marshall was one of the most memorable American chess players of the 19th and 20th centuries. This match took place at a small tournament in a cafe in Breslau, Germany, where Marshall was playing against the less experienced yet possibly formidable Stefan Levitsky. Towards the end of the match, Marshall decided to gamble on a bold move: he deliberately set his Queen into a position to be taken by Levitsky, hoping that Levitsky would take the bait. Levitsky realized that if he did capture Marshall’s queen, then he would have been quickly put into mate due to the position of Marshall’s other pieces. Levitsky resigned the match. According to local legend, the spectators tossed coins at the players at the end of the match in appreciation for Marshall’s bold move and Levitsky dignified resignation.

This tournament match literally inspired a movie scene–the iconic scene in From Russia with Love, to be exact. This match lasted only 23 moves, and with two highly experienced and prized Russian chess masters going to head-to-head, every one of those 23 moves was surely filled with tension from the spectators and the players alike. This match began with Spassky using his traditional King’s Gambit opening, before he decided to make the bold move to sacrifice one of his Knights in order to break down the careful line of pawns that Bronstein had created on the board. After this, Spassky moved quickly to fill up the board with his pieces, and this control over the central board led to his winning the entire match. This particular match was considered iconic because of the identity of the two players involved: they were not only excellent chess players, but two of the most celebrated Soviet players in the history of the country.

In this match, the American player Bobby Fischer matched up against Boris Spassky, the most unstoppable chess player in Soviet Russia. Fischer’s win was particularly unusual due to his using the Queen’s Gambit as his opening play: something he had never used before in a tournament, and a move which was considered a significant risk at the time. Yet despite all the odds stacked against him, Fischer won the match—and went on to win many more tournaments before quietly retiring from chess sometime later.

Not all iconic matches are necessarily difficult ones. This unique chess game was played by Magnus Carlsen, a Norwegian chess champion, against “the World.” In this case, “The World” was a collaborative effort between three expert chess advisers who would suggest separate chess moves after Carlsen had his turn; the chess moves suggested by the advisers were then voted on by the audience, and the move with the most votes would be the one employed. Carlsen won after 44 rounds, though the outcome was hardly a surprise considering Carlsen’s experience and recent winnings. Still, Carlsen graciously participated in what was then considered a “stunt” game to achieve ratings. Regardless of critic’s thoughts on the “stunt” aspect of the game, there’s no doubting that it did bolster the ratings of the televised game—to say nothing of an increased interest in chess after the game aired.

There have been many entertaining and engaging chess tournaments over the past few hundred years. The above chess tournaments are some of the most iconic and memorable matches that are sure to go down in the history of the game as engaging, exciting and truly unforgettable chess matches. If you’re interested in learning about more iconic chess matches, you’re in luck: many unforgettable matches have been filmed and you can view videos on social media and even digital media or DVD.

Who knows, studying these iconic and memorable chess tournament matches may just help you improve your own game in the long run! 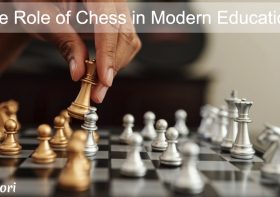 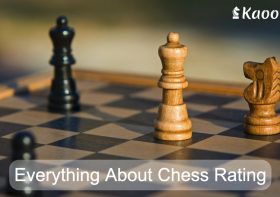