The Chess Rules For Beginners

Chess is ancient, intriguing, and fascinating. It can also be intimidating sometimes, especially to a beginner.

There are lots of rules, many chess pieces to follow and it is easy to get a bit confused. But practice makes perfect and there’s always a lot to learn when it comes to chess rules, moves and captures.

This short review of chess game rules is specially made for beginners, so the first set of rules we should mention is the moves and the captures of all the chess pieces on the board. So, without further ado, let’s get to it!

Move: As you well know, the pawn can move vertically one square forward. It cannot move sideways, or backward.  There’s one more rule when it comes to the pawn. The first move of every pawn during a match can be a double one, meaning two squares instead of one. This is an optional move, which has another interesting twist. Read on to find out more! 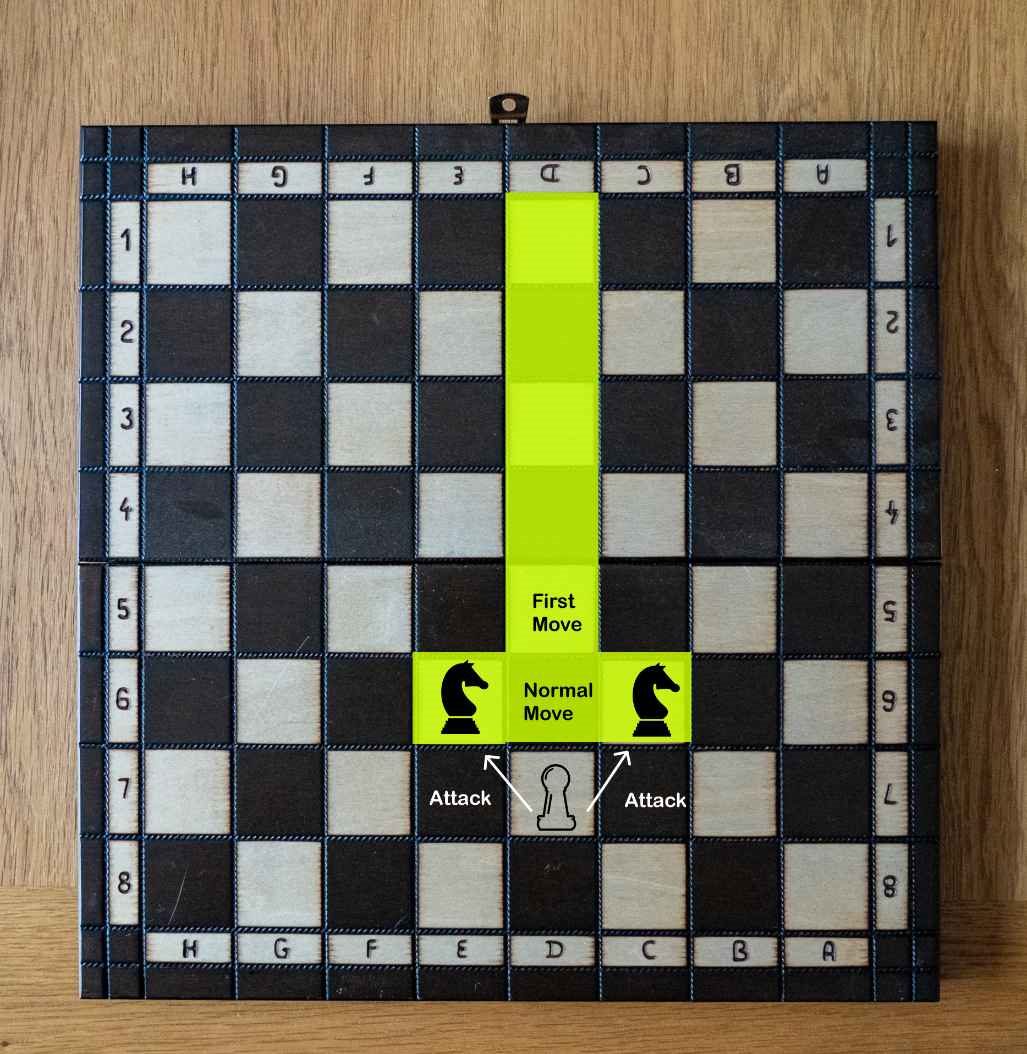 Move: When it comes to the rules of chess, the knight is the oddest piece on the board. It moves in an ‘L’ in any direction  (two squares straight and one to the side, or vice versa) and can ‘jump’ over other pieces, which no one else on the board can do, even the queen (which says a lot, considering she’s the toughest one out there). 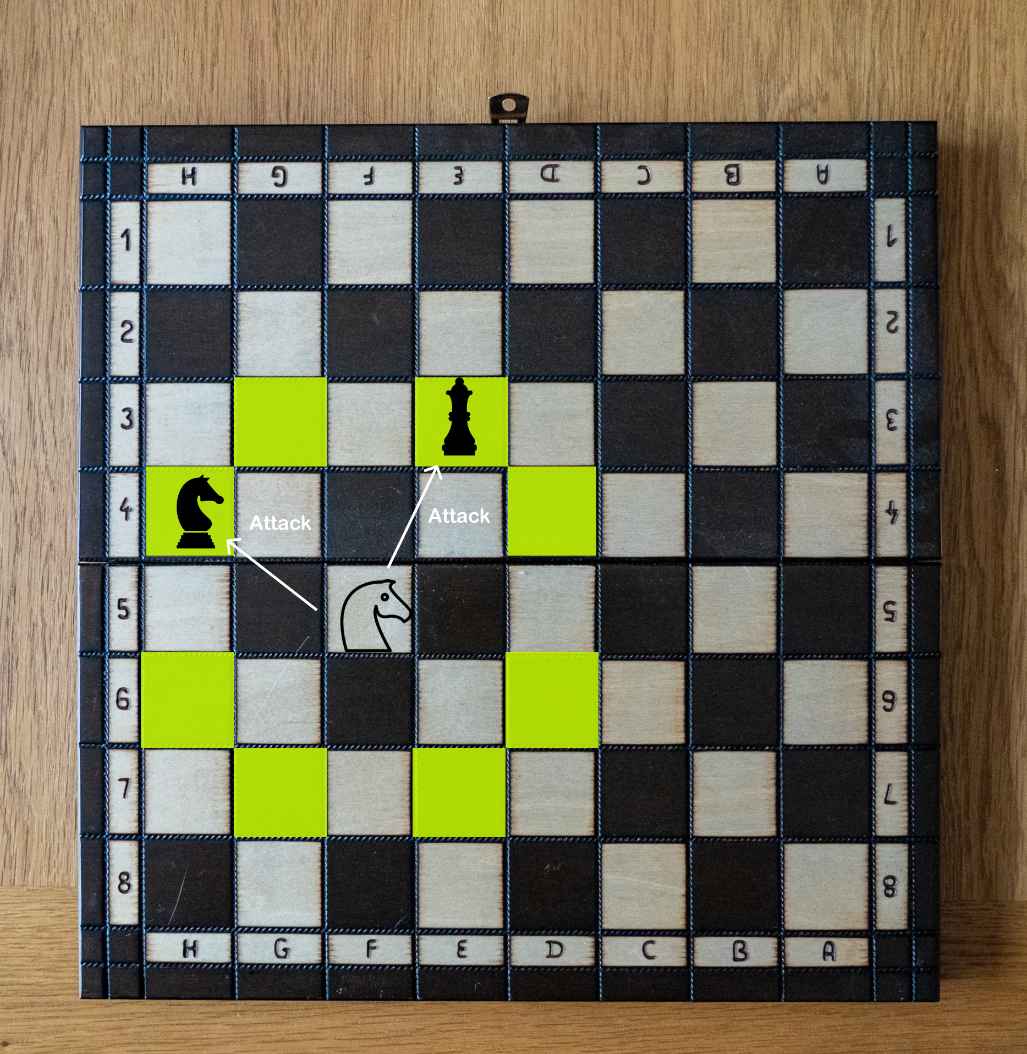 Move: Bishop moves only diagonally any number of unoccupied squares in any direction. The only obstacle in his way is another chess piece of the same army. He cannot ‘jump’ over other pieces, he can only capture them. 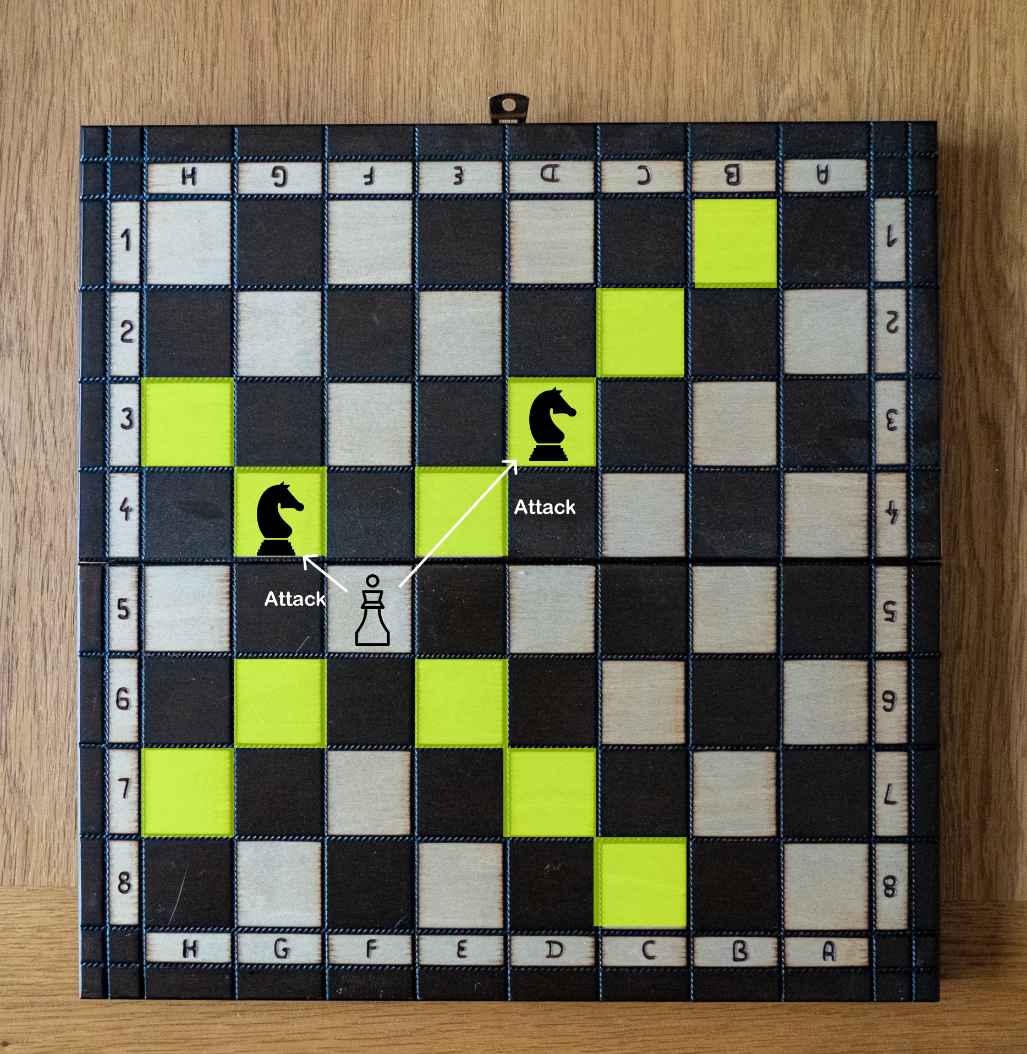 Move: The rook, as opposed to the bishop, can move for any number of squares only vertically, or horizontally, but never in a diagonal line. 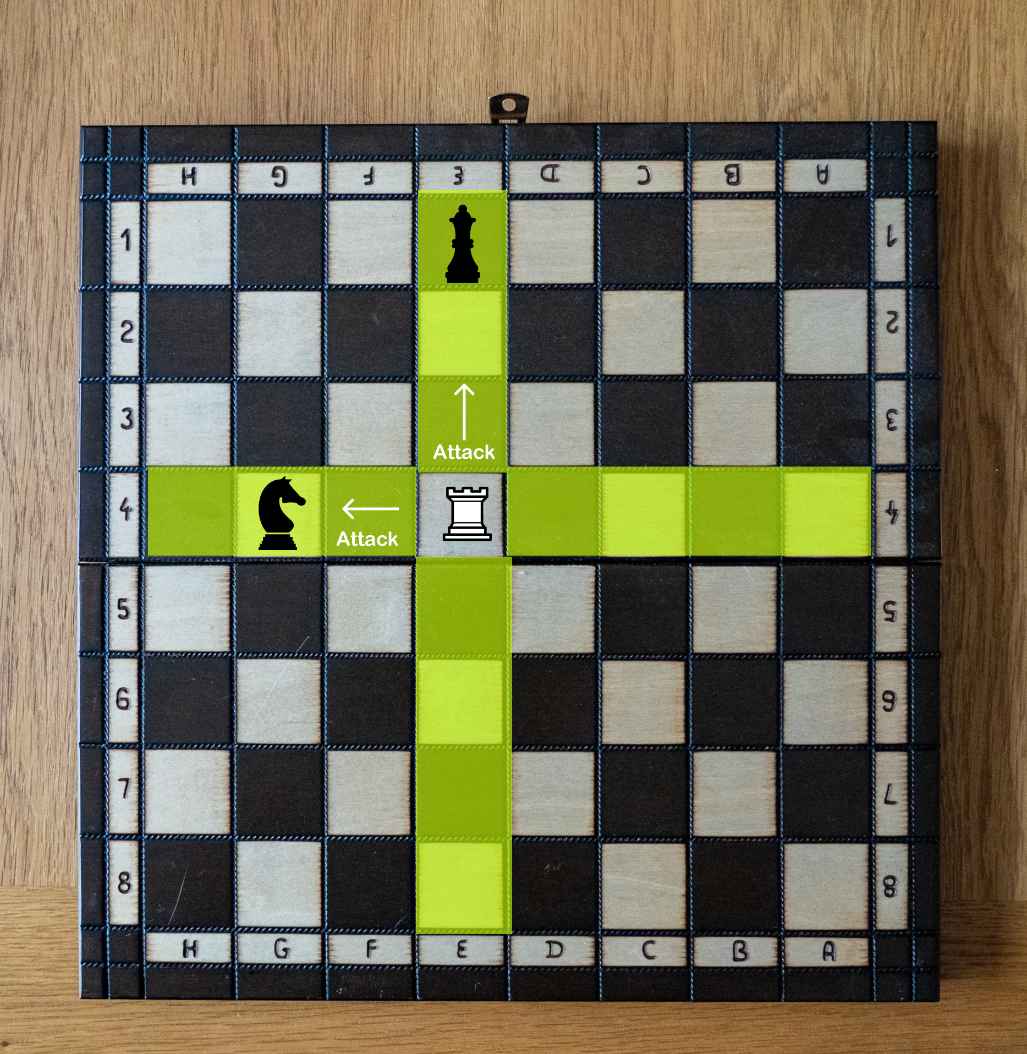 Move: Surprisingly, the queen is relatively new on the chess board. The game has been around for more than a thousand years, but the queen is young – only a few hundred years. She quickly gained power and in modern rules, she can move in any direction, as long as it’s a straight line (horizontally, vertically, or diagonally). 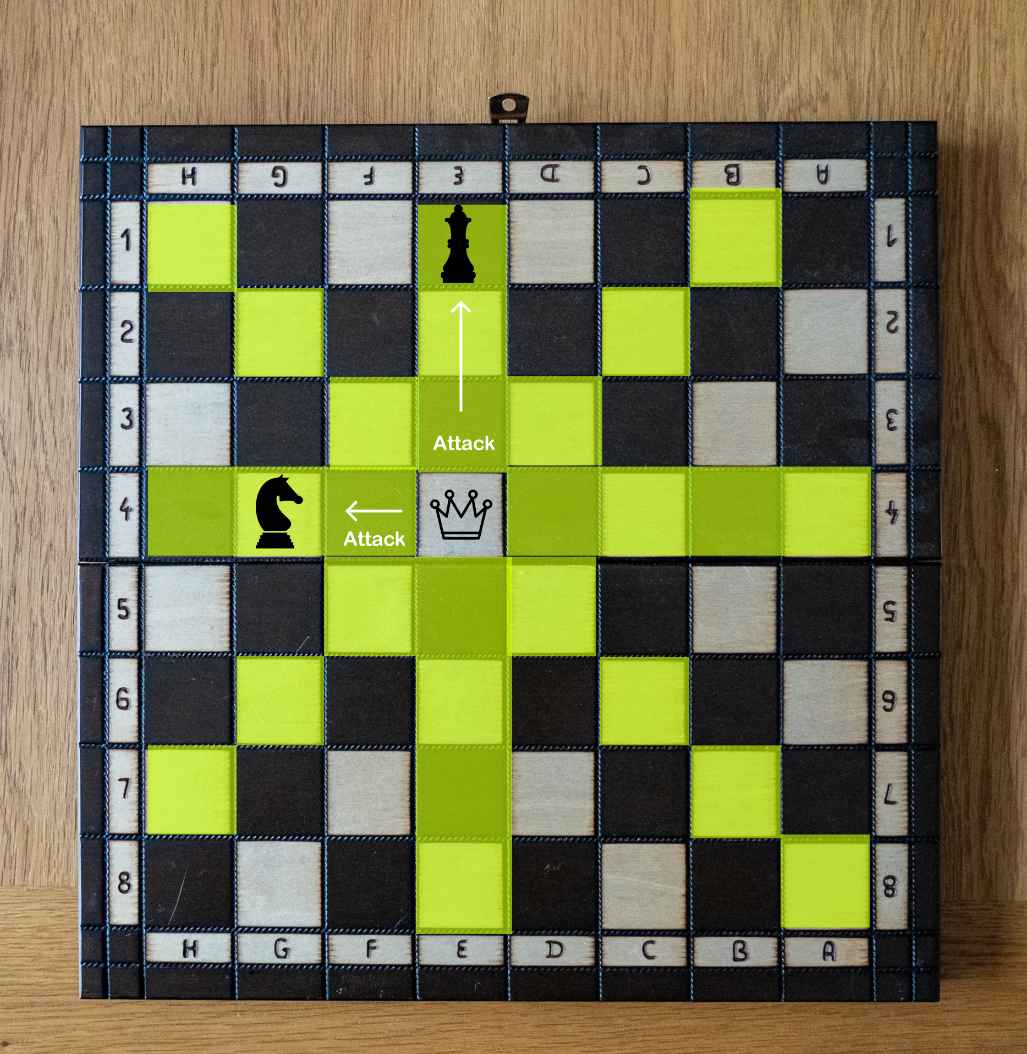 Move: The king can move in any direction, but only for one square. The only limitation is that the king cannot sacrifice himself, or put himself in a vulnerable position, causing a ‘check’ situation, or a ‘checkmate’. 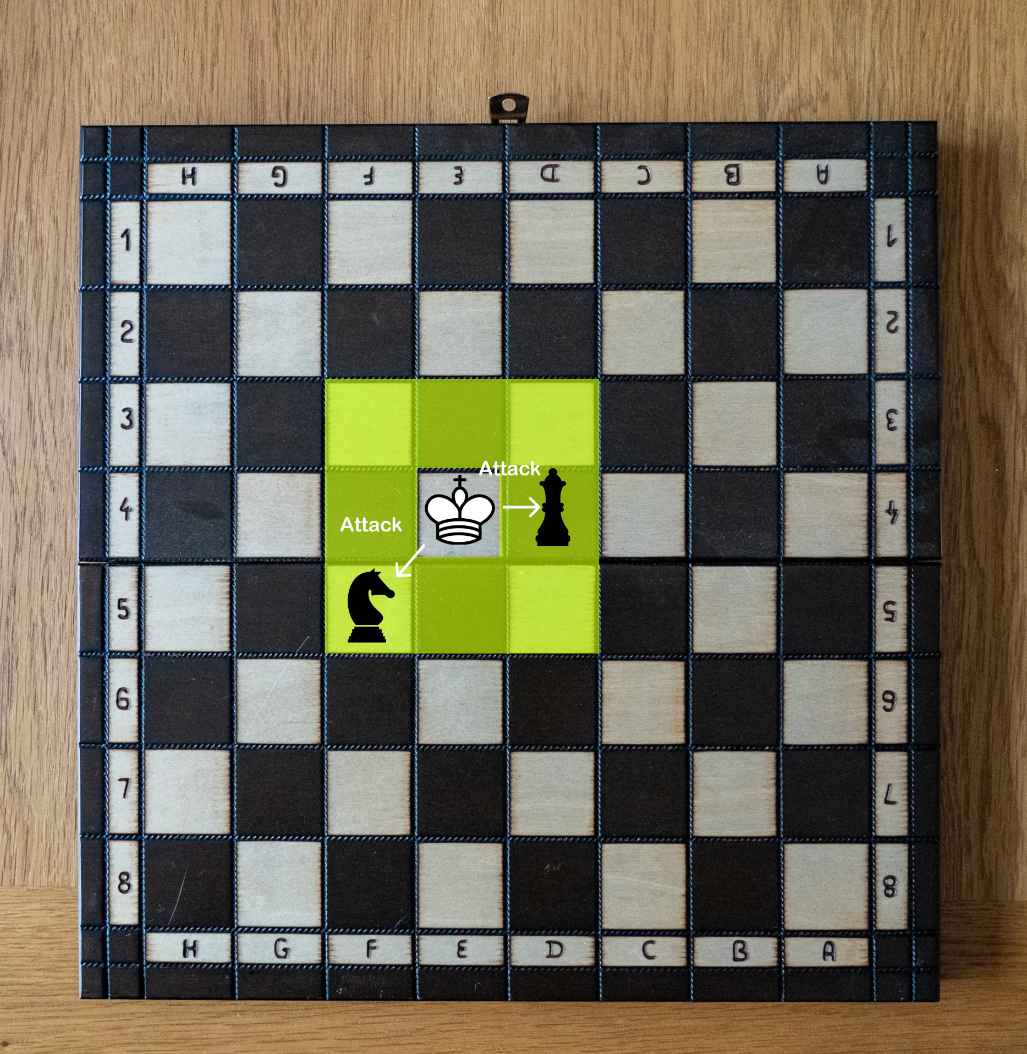 Now that we’ve covered the basic rules, there are some specific chess moves that beginner players should be aware of. These moves will help develop a strategy and up the game.

Remember the rule about the pawn having the right to move two squares on its debut? Well, it just so happens, that an adjacent pawn of the opposite army can capture this daring pawn that moved 2 squares, ‘en passant’, or ‘in passing’.

How does that work? The diagram shows it all.

Usually capturing means occupying the opponent’s square, but not in this case. Let’s say the white pawn make a 2-square move and now occupies the square next to the black pawn.

Is the black pawn going to let him sneak past and be on his way to promotion (we’ll explain that in a sec)?

What do we have as a result? The black pawn captured as if the white pawn had moved only one square instead of two! Imagination comes to life.

The catch is that the en passant capture must immediately follow the 2-square move. In other words, you should take the chance while it’s still there, you snooze – you lose. 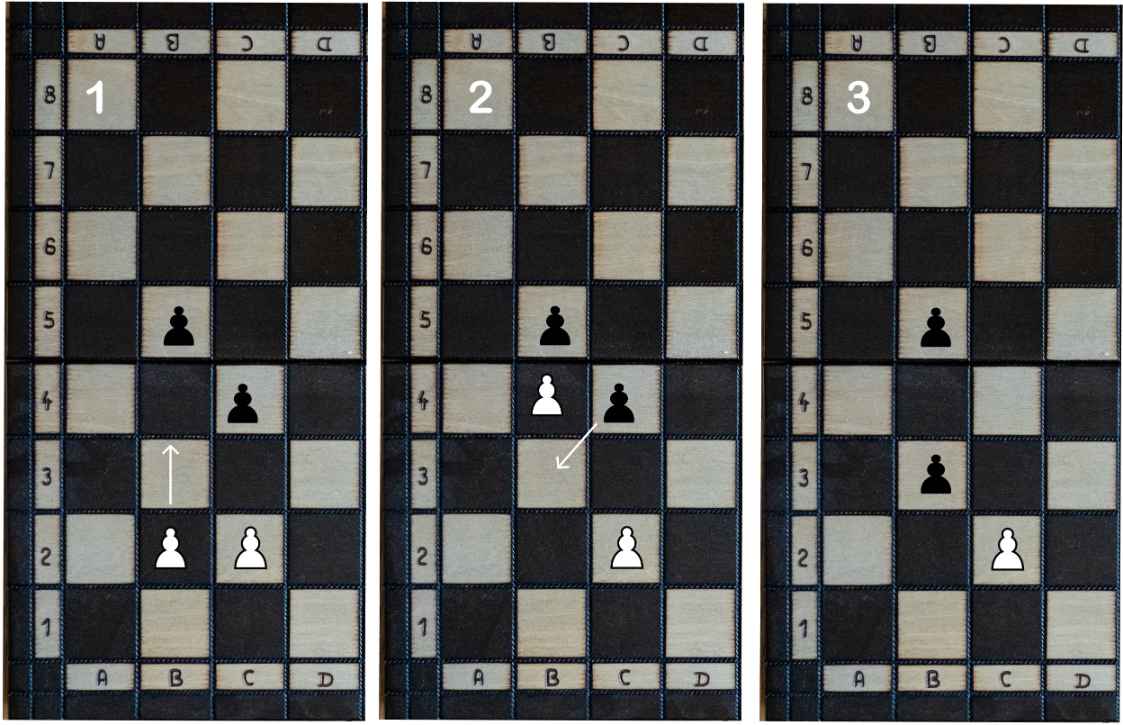 Castling is another classic move all beginners would do well to remember. As you can guess from the name, it involves a rook (or a castle) and the objective is to provide protection for the king. Again, obvious. But let’s take a closer look at how it’s done properly.

As shown in the picture, the space between the king and the rook is open. In this case, the king can move two squares toward either the king-side rook or the queen-side rook. Then the rook can ‘jump’ over the king, and occupy the square next to him, keeping him protected.

This begs the question why would you want to do that? Well, first of all, the king is in greater danger when he stays in the middle of the board, and as you guessed from his moves and captures, he’s not very good at defending himself. Plus, the rook is pretty useless snoozing in the corner, when he can be quite effective in the thick of the battle.

There are some rules when it comes to proper castling:

Sounds promising, doesn’t it? Promotion is only possible if a pawn has reached the first rank on the opposite side of the board. So basically, if a pawn somehow manages to survive and reach the opposing edge of the board, it can be promoted to any other chess pieces, besides the king. 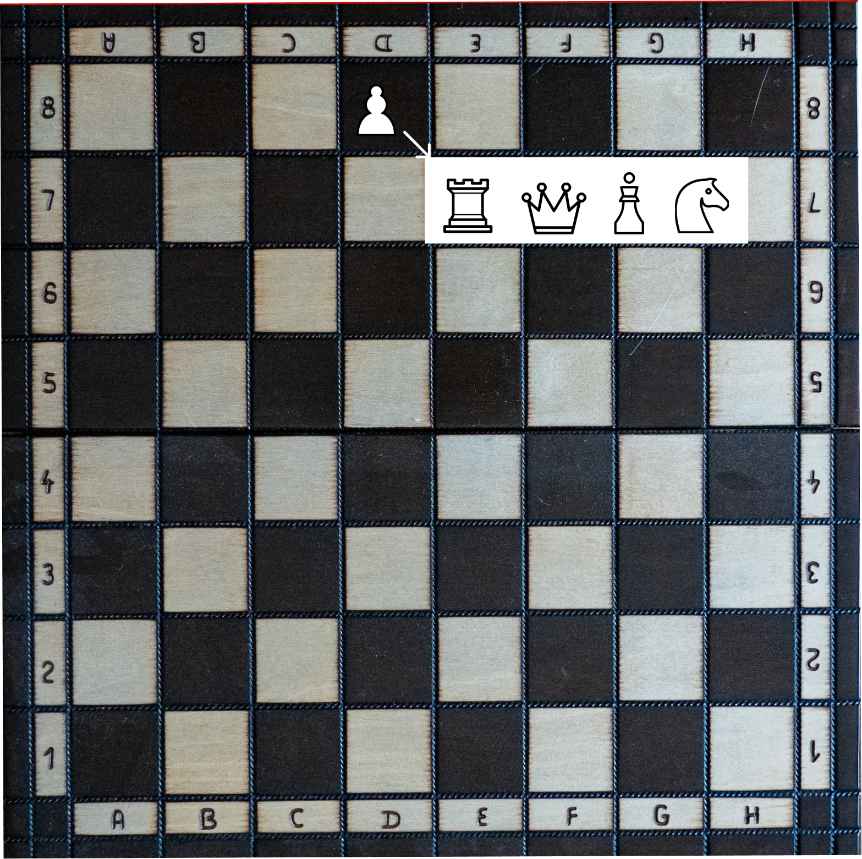 Sorry, there can only be one boss. Usually, the pawn is promoted into a queen, just because she can move more freely and capture anything that moves past her. But sometimes the situation calls for ‘underpromoting’ the pawn to a knight. The knight’s ability to move in a curve can be extremely helpful in some situations!

We have discussed the basic chess rules and some specific moves that can help beginners up their game a bit and use new skills. These moves are well-known to the chess community and very frequently used.

There’s always room to improve, learn new moves and strategies, and develop as a player!

So learn, play more and good luck in all the matches to come!