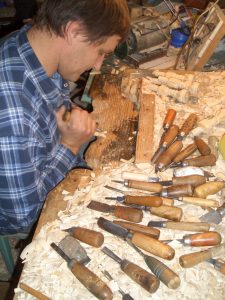 With its origins going back to the 6th century, chess is now one of the most loved games in the world that is played by millions of people, both amateur and professional. Let’s first dive deeper into the history and description of the game just to give some quick information to those of you who are newbies in the game. Supposedly, chess originates from the Indian game chaturanga which was played in the country starting from the 6th century. The game of chess reached Europe around 9th century, but the pieces gained their present power in the 15th century in Spain while the current rules were only standardized in the 19th century.

The game involves 2 players each of who has 16 chess pieces. One of the players has the lighter coloured chess pieces, while the other has the black coloured pieces. For each player there is one king, one queen, two rooks, two knights, two bishops and eight pawns.

Chess has come to be a hugely popular game in our era as well. There are many championships held worldwide, as well as a World Chess Championship which is carried out in every even year. Chess is said to be the game for those who have a strong mind and well-developed thinking skills. In the Age of Enlightenment i.e. in the 18th century chess was considered to be a means of self-improvement. With its huge popularity, the game of chess could not go without creating different controversies and becoming a hotbed of heated discussions among the intellectuality about its true essence. Edgar Poe, who immensely despised chess, in his story “The Murders in the Rue Morgue” highly criticises the game considering it to be far from as deep and intellectual as everyone thinks. As he mentions in the story, one shouldn’t confuse the “complex” with the “profound”. However, it has been stated many times that Poe did not have the clear and correct idea about the game and did not really know how it should be played.  Read More

As opposed to this opinion, chess continues to keep its stable place on a high pedestal.  Benjamin Franklin, in his article “The Morals of Chess” notes the following: “The Game of Chess is not merely an idle amusement; several very valuable qualities of the mind, useful in the course of human life, are to be acquired and strengthened by it, so as to become habits ready on all occasions; for life is a kind of Chess, in which we have often points to gain, and competitors or adversaries to contend with, and in which there is a vast variety of good and ill events, that are, in some degree, the effect of prudence, or the want of it.” According to him playing this game and mastering it, one learns foresight, circumspection and caution. Time has come to prove Franklin’s words. Chess is just like where you should take wise actions and move in the right direction toward your purpose steadily but remembering that it is a game and you should also enjoy it – learn and enjoy.

Now that we talked a bit about chess history, it’s time to tell you what Kaoori offers in relation to this game. In our stores you can find the highest quality handmade wooden chess sets that meet all the requirements and corresponding standards. Here is what Kaoori offers to the true lovers of chess:

We have mentioned this many times but it’s never too much: when it comes to chess, to this ancient game that holds a whole history and the memories of our ancestors, there is no better choice of material than wood. Handmade wooden chess sets come with not only high quality and longevity, but also with a special energy that only wood holds.

Besides, wood, unlike plastic, doesn’t have any harmful effects neither on you and your children nor on the environment. After learning about all of the above-mentioned advantageous features of chess, there should be no doubts left that handmade wooden chess sets and other accessories are what a chess enthusiast needs to get the most out of the game.

And last but not least, it is at Kaoori stores that you will find the right handmade wooden chess sets, boards or pieces that meet your expectations from all aspects. Contact us anytime via our live chat and our support team will immediately respond to all your questions and help you find what you need.

Kaoori cares for its customers and does everything to provide them with the best experience!
Read Less