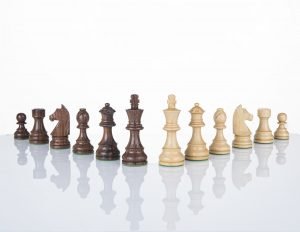 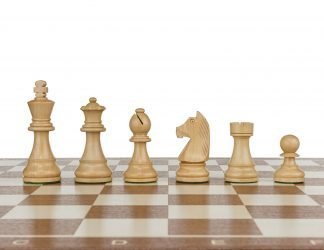 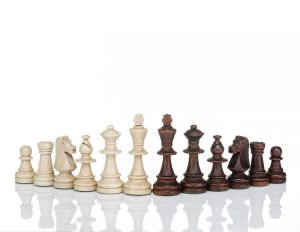 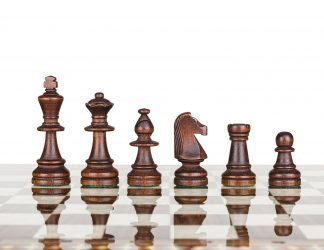 The history of the Staunton chess set goes all the way back to 1849, though the development of the set lies in even earlier history. Prior to the mid-19th century, there were no standardized chess sets; every player had their own chess set which might have different styled pieces, different sizes, and other nuances which often made competitions difficult as being unfamiliar with the chess set of an opponent could significantly impact the final outcome in the game.In 1849, John Jacques of London, created the first standardized chess set designed for mass production. This chess set would eventually become known as the Staunton chess set; the set was named after Howard Staunton, one of the most well-known chess players from his era.The popularity of this set became so notable that it was eventually decided that the Staunton sets would be the standard for tournament play. Today, this rule still holds steadfast, and Staunton-style chess sets are considered the standard for chess as a whole.

Staunton pieces are designed to resemble medieval figures, including a king, queen, knights, rooks, bishops and pawns. The pieces themselves are designed with a base that makes them easy to handle and move, and a top that makes them immediately recognizable to the player and anyone watching the game.The pieces in a Staunton chess set can be made with a variety of different materials. Antique chess pieces are sometimes made with ivory or high quality wood. Today, wooden chess pieces along with plastic, metal, and composite materials are the most common. Staunton chess pieces may or may not be weighted depending on the material used to make them, and whether or not the set is designed to be for travel.

There’s no doubt that Staunton chess sets are very popular around the world, even outside of traditional tournament play. The reason why people love Staunton chess sets is their classic design which exemplifies the game of chess to a tee. In addition to this, people love the classic look of the pieces which makes it possible to identify each piece at a single glance, without having to look up visual guides or otherwise think too hard.Staunton chess pieces are some of the most well-known and distinct pieces in the world. Whether you’re new to the game of chess or you’re an old pro, consider purchasing a Staunton chess set to add to your collection.