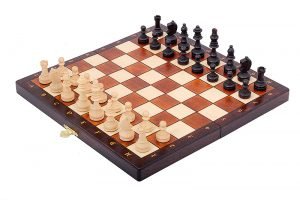 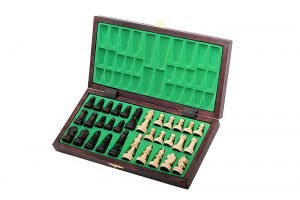 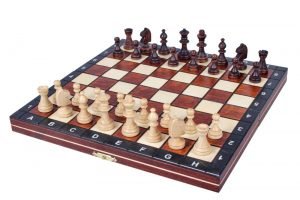 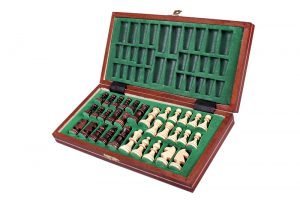 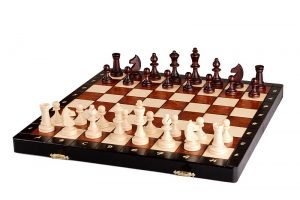 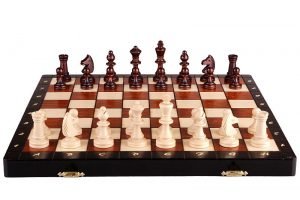 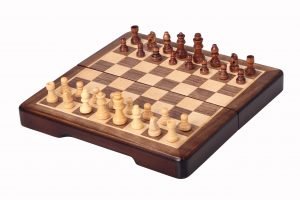 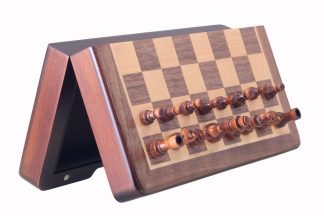 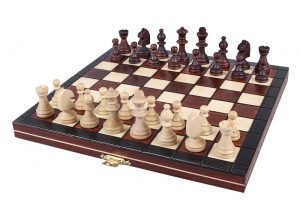 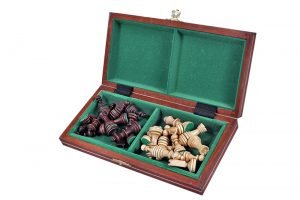 The primary difference between magnetic chess sets and non-magnetic traditional chess sets is, of course, the presence of magnets. Magnetic chess sets contain a magnetic layer underneath the board as well as magnets inside each of the chess pieces. This means that the pieces will stick to the magnetic board, rather than sliding and moving around as traditional non-magnetic pieces would on a standard chess board. Some magnetic chess boards are designed to be travel sized, so they may feature a folding board design as well as compartment drawers to store pieces in while the game is being transported. Other magnetic boards are standard and cannot be folded.

There are many benefits to playing with magnetic chess sets. The primary benefit, of course, is the fact that the chess pieces remain where you place them. This is beneficial for a few reasons. It allows you to play chess on the go, including on a train, airplane, or even in the backseat of a car; you can cure boredom and practice your chess game all at the same time, without having to worry about the pieces sliding around or going flying if there’s a sudden stop.

Another benefit to magnetic pieces is that they remain where placed for players who may have difficulty moving pieces around. This includes any adult players with unsteady hands as well as children learning how to play the game, who may find it difficult to keep the pieces upright, especially once the game really starts going.

There are many modern options for magnetic chess sets in today’s chess market, so you will have a wide range of board options to pick from; wooden magnetic chess boards are the most popular due to the durability and quality of the wood, so if you are looking for a magnetic chess set that will last a long time, consider that your best option.